In 2013, Domen-Agro Company has developed a unique Domen-S sun-shading cover, which has no analogues nowadays. The Domen-S cover is designed for use on football arenas in the summer period and is intended to prevent grass wilting, protect the lawn against excessive UV exposure, and improve grass vegetation in hot weather.

The cover efficiently shades a lawn, without interfering with free air circulation. The use of a sun-shading cover reduces the temperature on the surface of the lawn by 5-8 degrees. 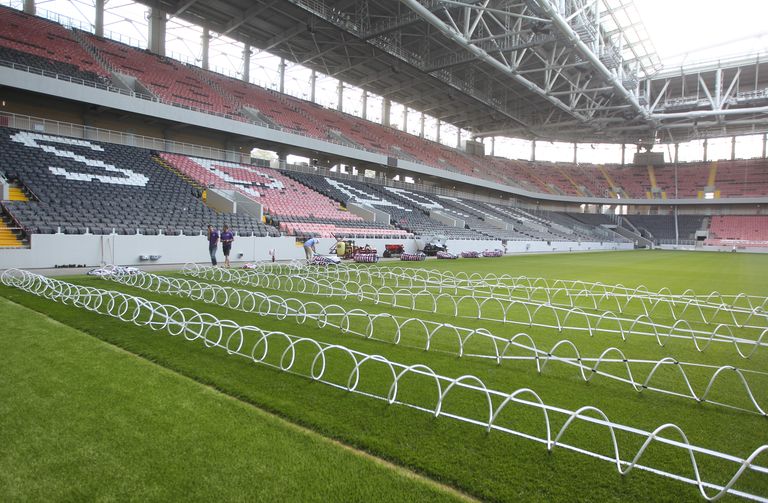 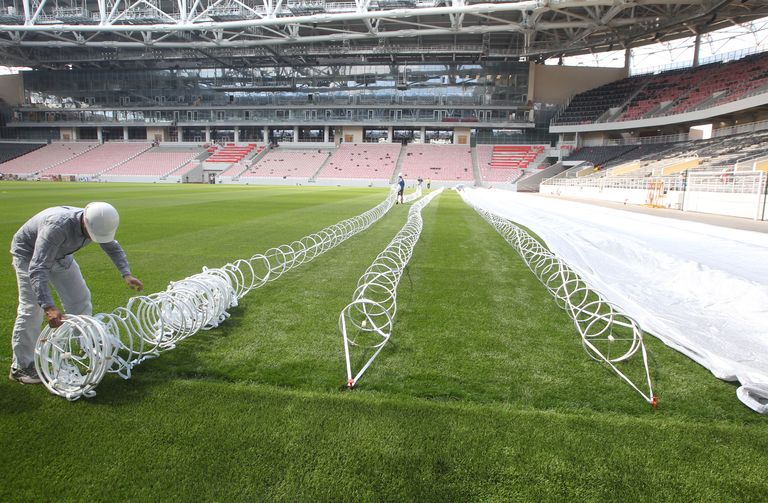 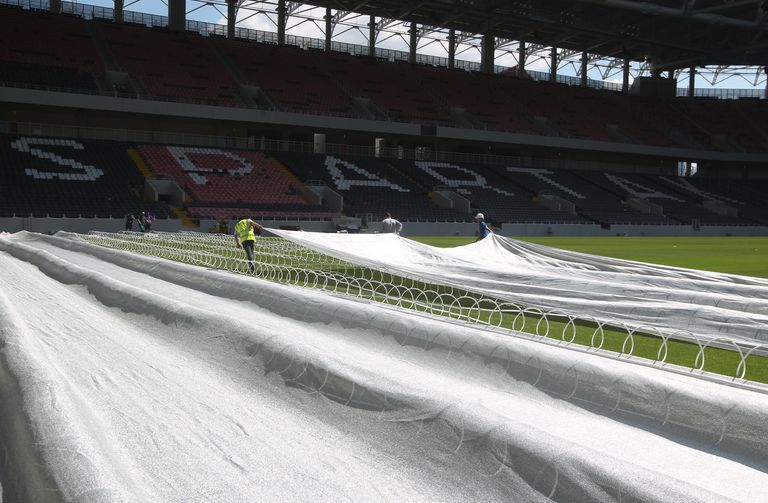 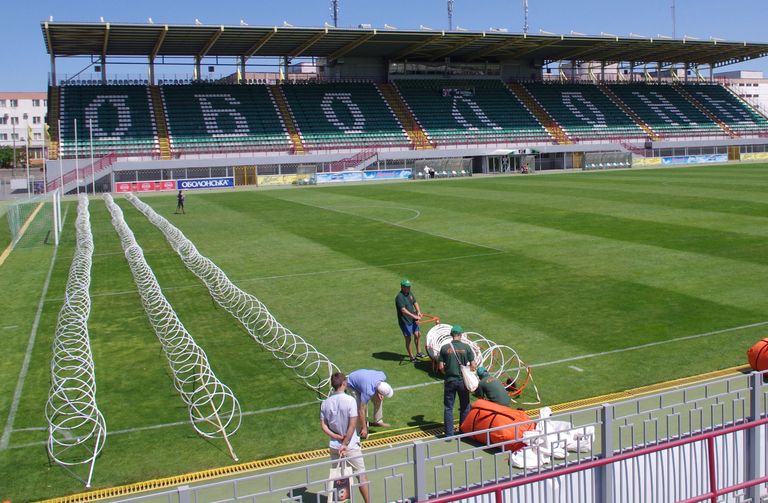 The cover freely passes water, which allows not removing it from the pitch while using watering equipment or during short-term rains.
On the perimeter of the cover is securely fastened to the lawn with special super-rigid plastic pegs.
The sun-shading cover Domen-S has already proven its efficiency in several football arenas of the 4th (highest) category of UEFA. When servicing of a grass lawn it is used:
– since 2014 – Spartak stadium (Moscow),
– since 2016 – the Olympic stadium “Fisht” (Sochi),
– since 2018 – Urartu stadium (Erevan).
Currently, several more football arenas are interested in using a sun-shading cover and are performing trial operation of Domen-S cover samples.The cover freely allows water to pass through, which makes it possible not to remove it from the field while using watering equipment or short-term rains.

The cover structure consists of several elements:
– Frame in the form of spirals with a diameter of 70-75 cm made of metal-plastic pipes,
– Sheets made of special Aluminet reflecting net with a shading coefficient of 40-90%,
– Two special carts for easy and quick installation and dismantling spirals of the frame. 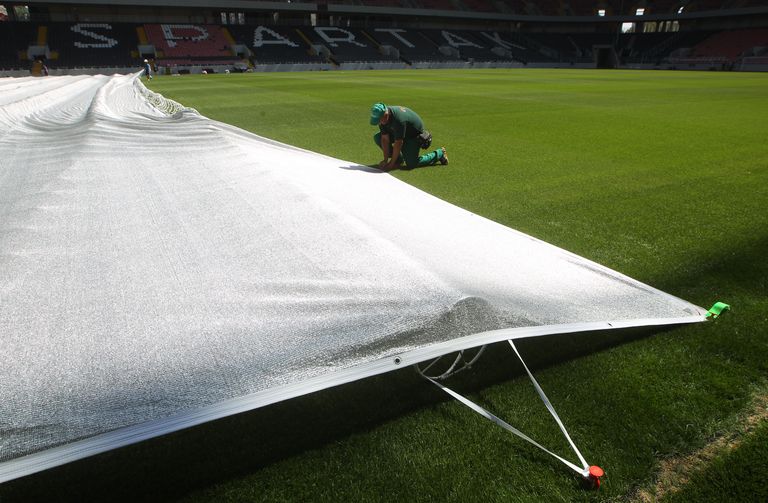 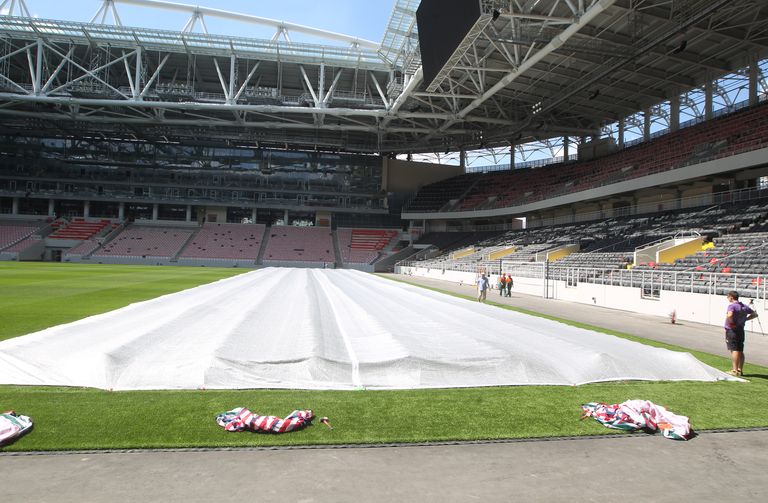 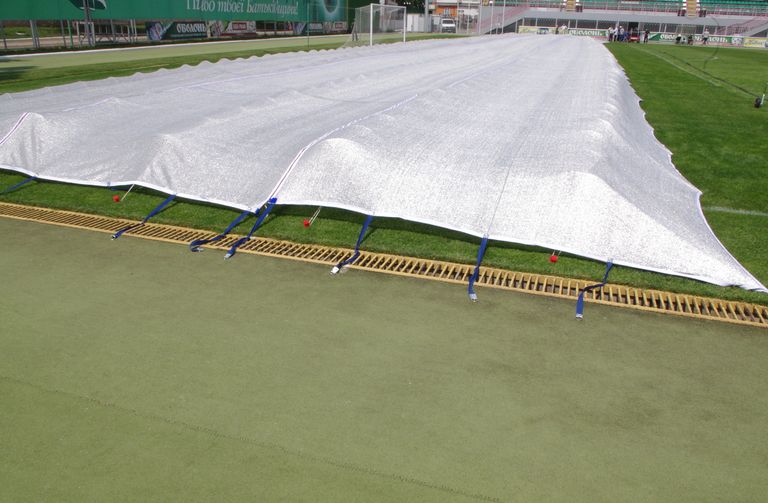 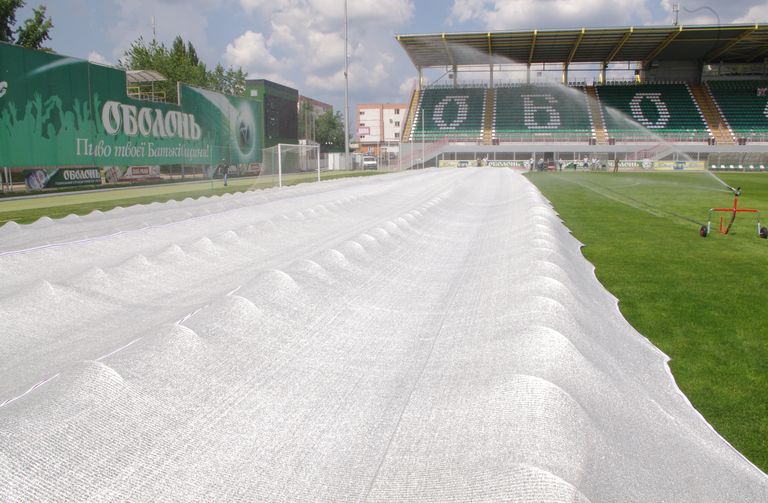